I took a picture of the confluence of the Furth Stream and the Umgeni and prepared to sent it via whatsapp it to my friend George. George and I had met in the pharmacy that morning; he with a headache of undeclared origin (I suggested he reconsider his whiskey brand) and me stocking up on kidney pills.  He had asked about the river clarity. Everyone has been asking that this week….they want to get on some trout water on the weekend.  I said I would send a picture later.

While I was typing the explanation of the clean water from the Furth and the not so clean water of the Umgeni, there was a “gallumph” and a trout engulfed something off the surface in the exact spot I had just photographed. I ditched the message by hitting “send”, and took the second picture just as the ripples from the rise were subsiding. 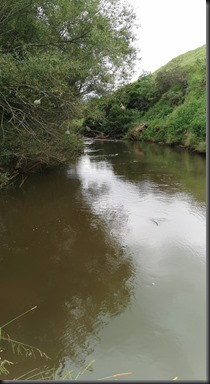 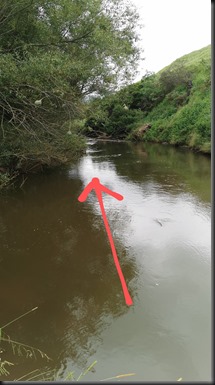 Comfort was just over the stream working the brush-cutter to clear a path through the blackjacks for our autumn fishing. I worried about leaving him alone to finish the job. Just the day before I had found him clearing grass stems wrapped around the blade shaft, with his bare hands and the motor still running. But I reasoned that since I had just taught him how to use a shifting spanner, and which way to turn a nut to tighten it, perhaps he was coming up in the world, and would be OK.

Him and I had been tightening nuts on the handrail supports of our bridge over the Furth. Every time something went “plop”, Comfort declared it a frog, and I did a quick inventory of my tools to see what to add to my growing shopping list from the local hardware store.

The day before, I lead a team of guys rolling out erosion control mats above the Furth higher up. The choreography of “Rake, seed, fertilise, unroll to a pre-determined point, peg”…… and repeat, had proved difficult. We went back and forth for seed, and rakes and fertilizer bags, and the unroll direction of the mat kept veering down-slope, threatening to steer our trajectory into an uncontrolled  downhill unraveling. “Soos ‘n myn trok sonder remme” as they say. I took Comfort off the lead role, and things went a bit better. 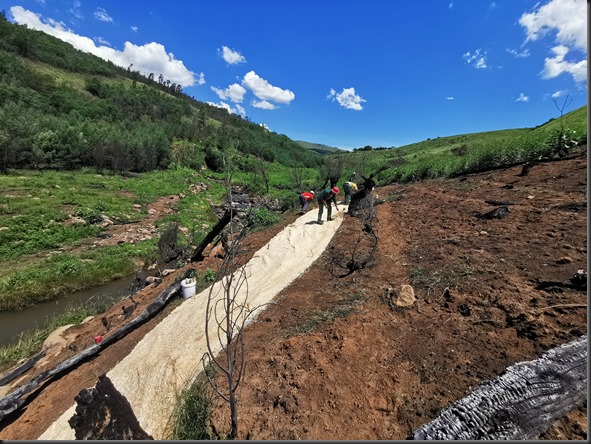 That gave me time to go and take a stroll along the stream.  It was flowing as clear as the water George forgot to put in his whiskey.  Although when you looked at the deep pools, you would have said it was off colour. 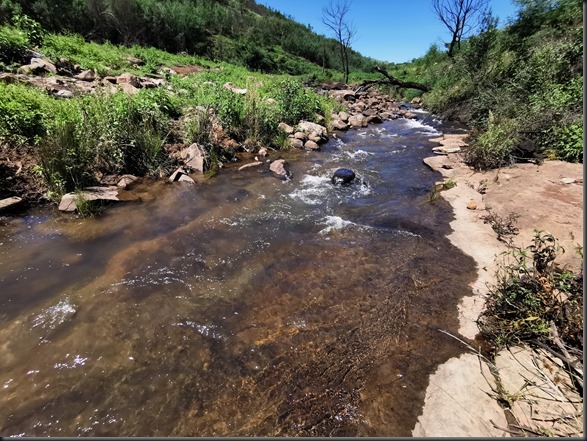 Funny how it does that. Put an underwater camera in there and you see how clean it really is.  The Umgeni at picnic pool was the same this morning. The pool looked like milo, but taking a look at the rocky sections above and below, Alfred and I agreed, it was perfectly clean enough and called for a dry fly. 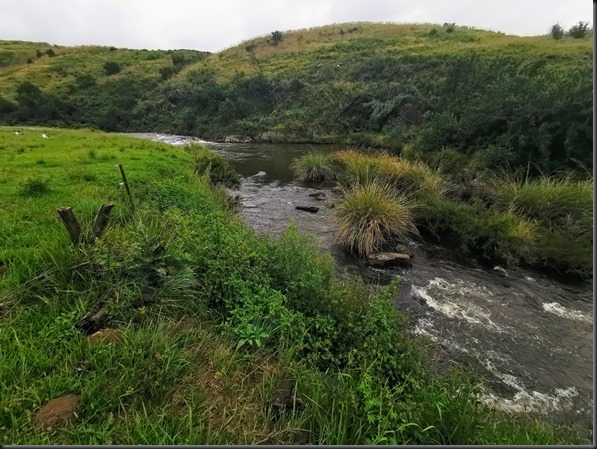 A dry fly was what my friend Neil tried on the Furth stream when I lured him there this week, but he lucked out. Maybe it was Comfort who put the fish down. Comfort, the male, Zulu version of Marge Simpson, with a beanie perched on top of his weird hairdo, bobbing about on the river bank. On the drive home on Tuesday I took a look at the arrangement atop his oddly shaped swede , when I turned in the driver’s seat to see where the snoring was emanating from. It seemed that my Colter Wall, Jaimi Faulkner and Mark Knopfler from the stereo had this effect on Comfort. One minute his droopy bloodhound eyes were mesmerized by the yellow line zipping towards him, and the next he was a gonner …  Lulled to sleep by this somber music and a day of intense problem solving.

Other problem solving we did this week, was trying to work out where the dirty water was coming from. Ok, the problem solving I was doing.  Comfort took the first amendment on that one. I met the farmer in a local shop, and he pointed me to where he thinks the problem might be coming from.  With all the rain on the way, I thought of doing a rain walk….a thing I learned of while in the UK: you walk a river in the rain to see first hand where the mud is coming from. I could take a fly rod to use above the offending tributary, go alone, ditch all the blood sweat and tears of river work, and go for a soul nurturing walk.

But then I remembered: Someone has to take care of Comfort. “Pick you up at the turnoff at 7am” I said, and he grinned back at me. 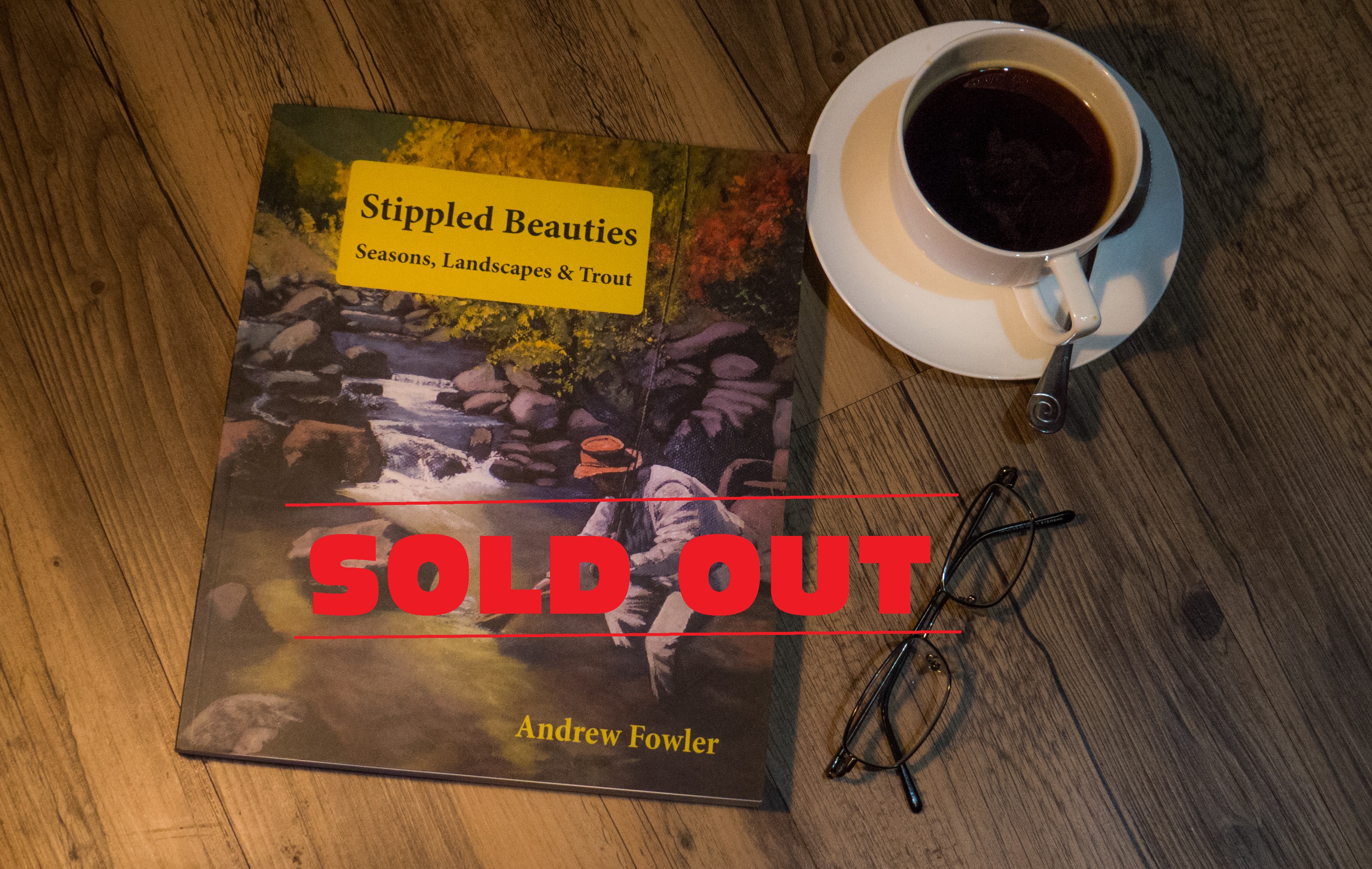 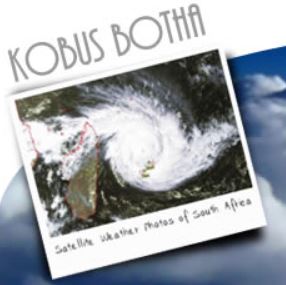 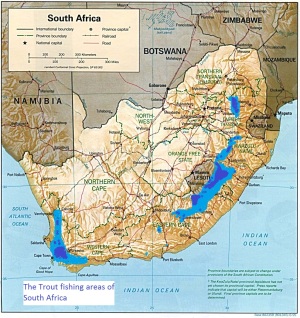